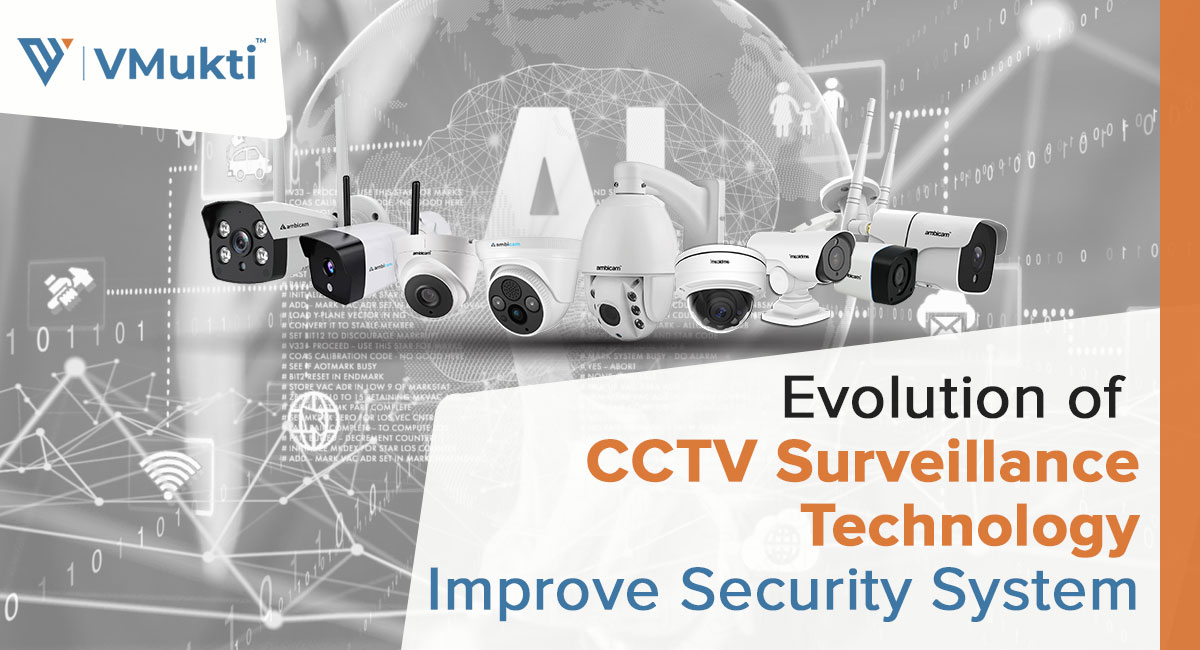 Introduced in the year 1942, Closed Circuit Televisions or CCTV systems arrived to replace nosy neighbors who consistently kept an eye on the happenings in a region or neighborhood.

Well, not really but the arrival of CCTV surveillance cameras was nothing less than a game changer in the market. Though the initial idea was never to have commercial and widespread applications like there are today, the massive reach of CCTV technology is due to the real-world concern it solves – crime detention.

Considering the fact that most crimes happen at the time nobody’s watching, CCTV systems arrived as an alternative to the human eye to constantly monitor events, gatherings, and localities. Today, the use cases of CCTV systems are plenty with both personal and public implementations.

For the uninitiated, there are over 770mn CCTV cameras in the world, with China alone having close to 54% of them. From surveilling private properties and workspace premises to even having pet cams or baby cams to ensure personalized safety of our circles, the concept of surveillance through cameras and cables have been bent and applied in a myriad of ways.

There are cameras today with real-time facial recognition capabilities today that allow the law enforcement department to hunt down fugitives, traffickers, cartels and more.

However, it has taken over 75 years for us to get here.

If we could access our home security cameras from our smartphones and even control their movements from remote, it’s due to the gradual evolution of the technology over the last 7 decades. Prior to today’s version of CCTV systems, there have been various iterations in the market and this is exactly what we are about to explore in this post.

The Evolution of CCTV Surveillance

Phase I
The first ever documented use of a CCTV camera traces back to Germany in the year 1942. This was the World War II era and the Germans used cameras to observe the firing of rockets. German scientists placed cameras inside boxes and observed the launches of A4 missiles.

Monitors and cameras were the only two components in this architecture and this lacked the ability to record events for personnel to view later. Only live monitoring of footage was possible.

Phase II
While there was no major evolution in CCTV surveillance cameras post the 40s, the next major breakthrough was in the 60s. This was when multiple cameras could be connected together to a single monitor and the introduction of a switch box allowed users to alternate between multiple cameras on one monitor to surveillance areas. However, only one camera could be viewed at once.

In the 70s, additional systems such as solid state cameras, VCRs and multiplexers were introduced in the market. These three systems put CCTV technology on a sophisticated pedestal with each contributing to the evolution of its architecture.

While solid state cameras improved the overall quality and reliability of cameras, multiplexers enabled users to view multiple cameras at once on a single monitor through split screen. The biggest value addition at this time was the integration of VCR technology, which allowed people to record footage and monitor them later.

This meant that human intervention could be cut off from the architecture significantly and that the footage from recordings could be used as evidence in judicial proceedings.

Phase III
Despite being revolutionary, this ecosystem of surveillance technology was not without its fair share of disadvantages. For example, the quality of recorded footage was very poor with grains and low resolution. This made its application in law and order ineffective because no solid conclusions could be drawn from the footage due to unclear video quality.

Also, the VCR technology was temperamental by itself as operators could only either view a recording or monitor surroundings at once. They couldn’t do both simultaneously.

To fix most of these concerns arrived Digital Video Recording technology. Also known as DVR, this digitized the recording and surveillance process. With DVR, the video quality was much better at higher resolutions and it removed what was the biggest obstacle in the architecture – recording tapes getting over or their need to be constantly replaced.

Technically, DVR systems had multiplexers embedded in them. This reduced the number of equipment from two to one. Next, storage was no longer reliant on video tapes but digital drives that offered more space for footage and automatic deletion after a specific time. The more the storage space, the longer the recording duration.

The DVR technology was completely automated and required no manual interference. For instance, it allowed operators to view recorded footage and monitor the real world simultaneously, get details on the date and time of events and more.

Besides, IP-enabled systems went a step ahead and let users view and even operate cameras from remote. With a stable internet connection, high-resolution footage or images could be transmitted to and from anywhere.

Phase IV
The current generation of CCTV technology is far more advanced than its predecessors. We call them PTZ or Pan, Tilt and Zoom. Some of the standout features of this architecture are that they deploy multiple lenses in cameras for clarity and purposes (such as night vision), audio can be recorded in real time, surveillance could even transmit audio and question trespassers or intruders through the camera and get their response in real time and more.

Besides, recorded footage could be panned, zoomed and tilted for better viewing and facial recognition purposes.

Have a Read Once This Blog also:- Cloud base Monitoring and Surveillance Technology